Banco Santander has completed its £350 million purchase of a 50.1% stake in international payments and foreign exchange (FX) firm Ebury. 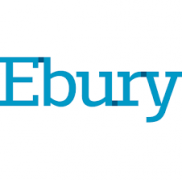 Ebury is planning an expansion into Latin America and Asia

The deal is part of the Spanish bank’s new digital strategy, and was originally announced back in November 2019.

£70 million of Santander’s stake will count as new primary equity to support Ebury’s plans to expand into the Latin American and Asian markets.

Ebury operates in 17 coutnries and 140 currencies, and claims to have increased its revenues by as much as 50% per year since 2017.

The acquisition provides the fintech with access to Santander’s international network. The bank supports more than four million SMEs worldwide, of which over 200,000 operate internationally.

“The investment in Ebury is a significant strategic milestone for the bank, allowing us to boost our capabilities in an exciting market with high growth potential,” says Sergio Rial, chairman of Santander and chairman of Ebury.

“This new acquisition will provide us with the capabilities to further increase the Global Trade Services business with a new world-class platform with which we expect a significant return on investment in the coming years.”

Santander expects a return on invested capital of more than 25% by 2024.