The bank says the 50.1% majority stake is part of a digital strategy to boost growth by taking on new ventures, as £70 million of Santander’s stake will count as new primary equity to support Ebury’s plans to expand into LatAm and Asian markets. 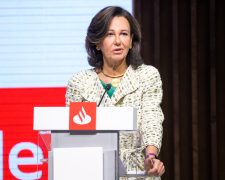 Operating across 19 countries and 140 currencies, the fintech works with small and medium-sized companies to facilitate trade and foreign exchange. With its new partnership, the 2006-founded company can tap into a new customer base of more than 200,000 which do international business through Santander accounts.

“By partnering with Ebury, Santander will deliver faster and more efficient products and services for SMEs, previously only accessible to larger corporates,” says Banco Santander’s group executive chairman Ana Botín, who points out that these companies contribute up to 60% of total employment and up to 40% of national GDP in emerging economies.

The bank says it expects a return on invested capital (RoIC) which is higher than 25% by 2024. As for Ebury’s existing investors, including co-founders and management, the bank says they will reinvest in the transaction and the current management team will remain.

Ebury’s co-founders Juan Lobato and Salvador García say “combining a big bank with nimble fintech” gives its clients “the best of both worlds”, using its specialised platform whilst “safe in the knowledge that they are counterparty to one of the world most important financial institutions”.