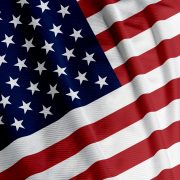 Bankjoy signs a handful of US credit unions to start 2020

The four firms combined manage more than $724 million in assets and have around 64,000 members.

“Having valuable home banking technology that is powerful enough to virtually replace employees while we are closed for nights and holidays is a great value for our members,” says NSFCU president Cassie Ernest.

Ernest adds that NSFCU picked Bankjoy due to the latter’s “long term, forward vision” which aligned with the “current advanced technology being so profound in today’s credit union world.”

Bankjoy CEO Michael Duncan says that it remains important for his firm to be seen as a “forward-thinking compass” for credit unions.

The technology vendor had a string of wins in 2018, signing up Seasons FCU, Marshland FCU, Credit Union of Ohio, and SafeAmerica CU.