Does your fintech need a patent? Does your invention need protection, or will you need something else?

Innovation drives the fintech industry, and the latest ideas often need protection. Whether it is from a potential competitor or a litigious corporation, fintechs must get to grips with intellectual property (IP) law at an early stage of their inception or risk endless legal battles.

FinTech Futures interviewed some legal eagles from fintech-focused law firms to find out more about the patent process for budding start-ups. 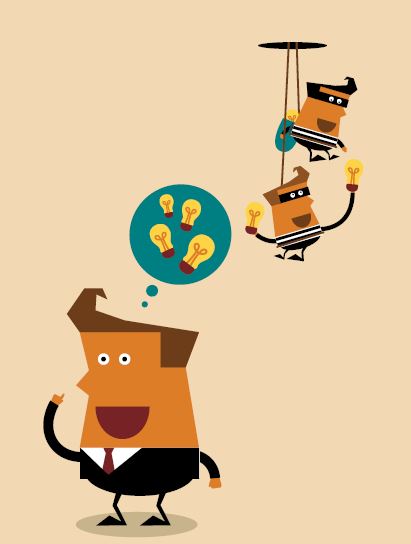 Does your fintech need a patent? Does your invention need protection, or will you need something else?

Question: What is the procedure for obtaining a patent in the UK as a fintech company? Additionally, is it through legal statute or common case law precedent?

Both at the UKIPO and the EPO, the laws and regulations with regards to patents and their application are governed by legal statutes – the Patents Act of 1977 for the UKIPO, and the European Patent Convention for the EPO. That said, case law precedent does influence how these legal statutes are applied by the patent offices.”

Q: Is there anything fintechs specifically should be aware of that might not affect other companies filing for a patent?

“One issue which fintech companies should be aware of, is that patent offices, including the UKIPO, have a number of ‘exclusions. If an invention is seen as falling within these exclusions this would disqualify the invention from being granted patent protection regardless of the novelty and inventiveness of the invention.

For fintech the most relevant exclusion relates to innovations which could be classed as a ‘method for doing businesses’. For example, an application for a piece of software which told the user when to buy and sell stocks, shares or financial instruments, could be rejected on the grounds that it is a ‘method for doing business’. In contrast, an innovation relating to improvements in data security or authentication may be seen as allowable, however each patent office will apply the exclusions differently, and the UKIPO is one of the strictest offices when it comes to refusing inventions for falling within one of the statutory exclusions.”

Q: How long does this take and what are the average costs incurred?

“It usually takes about 18 months to three years from the date of the application to obtain a granted UK patent. However, this process can be expedited, if certain fees are paid early and if you respond promptly to letters from the UKIPO, down to as little as 12 months. Once a UK patent is granted, renewal fees need to be paid annually to keep it in force.

As much of the cost of obtaining patent protection depends on the time taken by the patent attorney to draft and prosecute the patent application, the average costs incurred vary widely depending on the complexity of the invention and the objections raised by the patent office. The total costs from preparing and filing a UK patent application to grant are typically between £6,000 and £12,000 but can be higher or lower than this range.”

Q: Do a lot of banks and large tech/financial institutions (from Bank of America to Visa for example but not necessarily them) take out a lot of bulk IP for assets and has this (if it ever was a trend) increased or decreased over the past few years?

“Banks are savvier now when it comes to IP than they were.  I defended a High Street bank some years ago who had not patented an innovative payment solution and was subject to a patent infringement claim by a third-party who had patented it.  Similarly, I am currently involved in a dispute for a payment service provider in a US patent troll action.”

“In jurisdictions such as the US and China, there is a significant amount of filing activity for fintech patents, largely due to less restrictive qualification criteria that applies in these jurisdictions. Historically, one of the biggest filers has been Bank of America, which has invested heavily in its patent portfolio, particularly in the area of fintech.”

Q: Have there been any disputes between a fintech and a large tech/bank in an innovation lab claiming that the product was theirs?

“Yes, there have – a notable case USAA v Wells Fargo was settled only earlier this year. This was the first fintech patent suit launched by a bank, and it ended in a $200 million damages order from Wells Fargo to the United States Automobile Association (USAA). This verdict may very well result in increased patent filing activity among financial institutions, as it demonstrates the need for building a ‘defensive’ portfolio (implying a threat of a countersuit) to protect yourself from patent suits from competitors.”

Q: What kind of protection does each type of IP confer? Do certain kinds of inventions lend themselves better to patents, or to trade secrets?”

“Patents provide the exclusive right to commercially exploit the invention in the UK.  However, the UK patent office does not consider business methods or computer programs implemented business methods to be the kind of technical invention for which patents should be granted and so it can be hard to obtain valid patent rights in the UK for some types of fintech inventions.

The leading case law on this, which current UK law is based on, was for an early fintech invention to do with a computer system for share trading – Merrill Lynch’s Application – [1989] RPC 561 – where it was decided that even if the computer system was a technical invention, the system was excluded as the invention was simply a business method as such.

The EPO may be more likely to grant a patent for a fintech invention using innovative technology than the UKIPO.

“When protecting a given invention, the trick is usually to use a combination of both types of IP. Aspects of the invention that are likely to become, or are inherently, publicly available (such as client-side code in a web-based banking application) may not be suitable for trade secrets, and patents (as well as other forms of protection such as copyright) may be more appropriate.

On the other hand, aspects which can be kept secret more easily (such as server-side code) and that may not be patentable (e.g. that may fall entirely within the exclusions from patentability) may be better kept as ‘Trade Secrets’. A skilfully drafted patent application would describe and protect the innovative features that are inherently patentable, while keeping material that would likely be non-patentable out of a patent application and maintained as trade secrets. This avoids, in effect, donating the non-patentable subject matter to the public and competitors, while keeping patenting costs down.”

Within fintech, the number of worldwide patent filings may have slightly decreased in the last five years. This decrease would have largely been caused by a 27% decrease from 2013 to 2018 in fintech patent filings in the US (which accounted for 75% of fintech filings worldwide in 2018) in particular due to recent less favourable case law developments in the US in the fintech area.

Nevertheless, fintech patenting activity has remained high in the UK which is very prominent in a number of areas within fintech. For example, UK business filed 11% of all worldwide patent applications for blockchain technology in 2018.