US challenger Cogni to create lifestyle hub, starting with banking

Cogni, a New York-founded digital bank aiming to combine banking, commerce, and lifestyle through a single platform, is set to launch tomorrow.

The challenger says it wants to be the ultimate “operating system” for its future customers’ lifestyles. 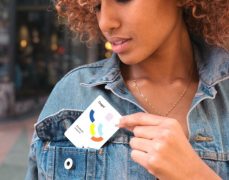 The challenger says shortly after launch it will integrate with digital wallets such as Apple Pay, Venmo, and Cashapp

Starting off with an FDIC-insured basic current account offering with “no hidden fees”, Cogni promises its millennial users that they will be able to “easily reach a human being” if they need to.

Many challenger banks have been criticised for their lack of human advisers on call when users find themselves locked out of their accounts. UK challenger Monzo was accused by a BBC Watchdog Live investigation of leaving some customers without access to their money “for weeks”.

As well as stressing the human element to its banking offering, Cogni says there will also be no account minimums, free cash withdrawal at more than 55,000 US-based ATM, free peer-to-peer (P2P) transactions, and single-use debit cards.

The challenger says shortly after launch it will integrate with digital wallets such as Apple Pay, Venmo, and Cashapp, a feature it says is “missing from a majority of digital banks”.

“We’ll launch with banking features and then expand to integrate commerce and lifestyle options into our ecosystem.

“Ultimately, we want Cogni to be the operating system for lifestyle and we see banking as the first step in this journey.”

To date, Cogni has raised $6.6 million in funding from investors including Hanwha Investment & Securities, WorldQuant Ventures, and Barclays, which onboarded the 2016-founded fintech to its TechStars Fintech Accelerator.

Read next: Revolut launches accounts for under-18s in the UK