JP Morgan Chase filled a leadership void on its digital-banking team with a hire from Capital One, the industry’s poster child for technological innovation, according to Bloomberg.

Oron Gill Haus starts this week as head of digital technology for the consumer bank, according to people with knowledge of the matter. He most recently was chief technology officer for enterprise products and platforms at Capital One Financial, said the people, who asked not to be identified because the change hasn’t been made public.

Haus replaces James Young, who earlier this month moved to a new role leading technology for the corporate and investment bank’s Asia-Pacific team. Three leaders on JP Morgan’s digital-strategy team left the group in recent weeks, which has given the bank room to rethink its playbook after abandoning experiments including digital bank Finn and the Chase Pay app last year. 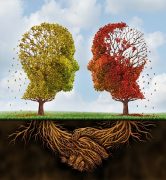 Read more: Eileen Serra joins Capital One board of directors

Banks have been under pressure to reformulate strategies as upstarts and tech giants make inroads into banking by more cheaply and quickly offering products and services to customers.

Haus oversaw many efforts to transform Capital One from a bank to a software company by upgrading legacy technologies, moving systems to the cloud and experimenting with different ways of using data. At JP Morgan, he’ll be in charge of building and operating the consumer bank’s digital platform.

“Capital One’s been one of the most progressive around cloud, in being nimble and innovative with APIs — I think JP Morgan has struggled to do that effectively,” said David Poole, the head of the financial services centre of excellence at Publicis Sapient, which helps guide banks through digital transformations. “We’ve seen some unmitigated disasters with Finn, with Chase Pay, with On Deck. I think his leadership could be an opportunity to open up Chase for collaboration.”

Haus will report to Rohan Amin, the chief information officer for the consumer bank, and work closely with Allison Beer, the newly minted chief executive officer of digital, according to one of the people.

The biggest US bank is pushing to make it easier for customers to open accounts, send and spend money, and invest and manage their finances without having to walk into a branch. Like other banks, it’s working to consolidate information on customer income, assets and spending habits to target them with personalised, pre-approved offers for loans.