ID Finance, the fintech tapping emerging markets in Latin America and Europe through lending and credit scoring services, had a good year in 2019 as its revenues hit $86.6 million (€81 million) for its Spanish, Brazilian, and Mexican businesses.

Last year, the company divided into ID Finance – which now covers operations in Spain, Brazil, Mexico only – whilst IDF Eurasia covers its other businesses across Russia and Kazakhstan.

This is the first time the start-up has announced its separate revenue stream. It says ID Finance saw a 96% increase in its businesses across the three countries last year.

Before it split in two, ID Finance’s profits were mostly thanks to its Russian and Kazakhstan businesses, which pushed the company into profit in 2016. A spokesperson for the firm says they can confirm the Western part of the company is now “positive” in profit too. 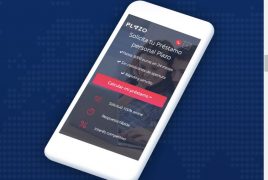 “We have successfully scaled the business and achieved operating profit,” says co-founder and CEO Boris Batine, not revealing the exact amount of this profit.

“Despite the macroeconomic volatility, the company plans to continue its growth, increase the quality of its credit portfolio and launch new products.

“According to our forecasts, ID Finance will double revenue again to €174 million in 2020. We are continuing our sustainable growth and expect to triple operational profit”.

With 3.8 million users registered, ID Finance says it has doubled its customer base since 2018, growing at a rate of 50,000 new users a week.

The start-up has two main products in its emerging markets – long-term lending app Plazo, and short-term cashflow app Moneyman. While Plazo offers up to €3,000 over as many as 36 months, Moneyman offers up to €1,300 over a shorter 12 month period.

The fintech, which now has 480 employees across Europe and Latin America, says it currently has a roughly 90% customer retention rate.

ID Finance’s ultimate aim is to become “the number one alternative finance company in the Hispanic world,” the company said in a statement.

In October, the fintech raised €1.5 million in a matter of minutes of going live on Crowdcube. At the time, the company said it was on track to double revenues to €90 million this year, but the numbers indicate that it missed this target by roughly €9 million.

Read next: HSBC’s $6bn structural overhaul under threat from COVID-19