AWSM Bank, one of the industry’s latest start-ups to break into the US challenger bank scene and target the 13-18-year-old consumer bracket, insists it is an edtech before it is a fintech.

“We’re not a fintech which adds education into it, we’re an edtech company with fintech in it as well – this is very different, because we’re not just a teen card or a wallet,” co-founder and chief technology officer (CTO) Alibek Junisbayev tells FinTech Futures. 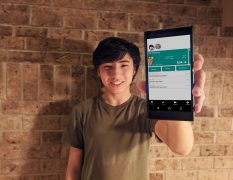 The neobank, which is “very close” to its Q2 launch this year, will begin its offering with 100 courses – which count for two years-worth of content – alongside a full-service-banking suite. The courses include short, “Tik Tok-style” videos which help parents educate their children on loans, mortgages, credit cards, savings and investments.

Junisbayev gives the example of a teenager wanting to buy the new PS5. The parent can choose whether to a) give their child a certain percentage of what they save over a year like a savings account, b) lend the child all the money up front and charge an interest fee over a set time like a personal loan, or c) give them a certain amount of credit like a credit card where they can pay it back with interest over a longer period of time.

Through the parent-sponsored card, teenagers can see what happens to their credit scores and learn the consequences of being irresponsible with money in a controlled environment. Parents can then monitor their children’s spending and saving, receiving alerts when they stop putting aside money so they can help them tackle bad spending habits.

The courses and the platform combined are designed to help children understand the value of what they want, and help parents say an answer which is neither a giving-in yes or a tantrum-expecting no.

The challenger is making the bank of mum and dad a reality, backed by a federally chartered bank – which AWSM declines to name – making all the money it stores for its users insured by the Federal Deposit Insurance Corporation (FDIC). 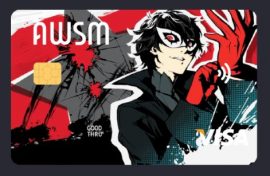 “The current financial education out there does not work”

And it won’t necessarily stop its offering at 18. As the teenagers which use AWSM’s platform grow, the edtech says it will consider rolling out courses and products which support their university financial life and family planning.

Junisbayev, who has built 11 banks across Africa and the Middle East with companies such as CR2 and Temenos over the last 10 years, is spearheading the venture with fellow co-founder and CEO Gennadiy Khayutin, who was part of the original management team for New York-based equity boutique Transparent Value – a $4 billion-asset company now part of Guggenheim Partners.

“The current financial education out there does not work,” says Khayutin, calling it “catastrophic” because the banks fail to explain it or build a habit out of it. The co-founders cite a 2015 Standard & Poor’s Global survey which says that 43% of America’s adults are not financially literate.

“And then those that are [financially literate] can’t articulate it,” Khayutin adds. “We want to transform [the concept of financial literacy] from the theoretical to the practical.”

Acknowledging players which are targeting a similar pool of ages such as Greenlight and goHenry, AWSM points out that it’s not simply a platform which sets chores in return for money, rather it’s one with a whole bank of resources which explain complicated financial concepts in a digestible way.

The gamified solution will make its money through a $4.99 monthly fee for each family. It will then offer an add-on behavioural analytics subscription for an additional $1/50 a month – more to come on this product later in the year.

Following its teen users all the way into adulthood, the neobank will give them full access to all banking functionality once they turn 18. This is another distinguishing factor for the challenger – its life-cycle as a product is designed for longevity and promotes the customer stickiness so often missed by many challengers already out there.

Read next: bunq CEO: “It’s a marathon not a sprint, we run our own race”