As worldwide enthusiasm for the disruptive potential of fintech continues to rise, Singapore has increasingly stood out from a crowd of regions jostling for ‘fintech capital’ status.

A growing number of global reports and rankings pinpoint Singapore as a region to watch for both current and future potential. Singapore, which has held the 4th rank in GFCI’s ranking of global financial centres, also ranked 8th in its inaugural fintech survey, scoring “consistently high across all categories.” 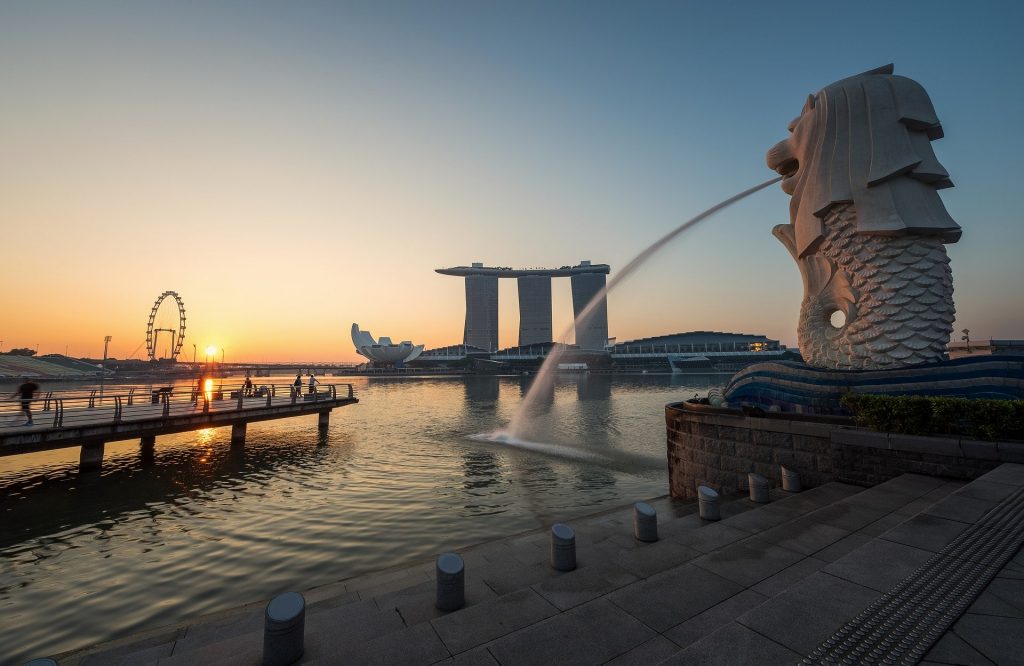 Singapore has emerged as a global magnet for fintech entrepreneurs.

With just 21 points between Singapore and current third-place holder New York, there’s little doubt the island nation is in an enviable position to further strengthen its standing.

So, what are the secrets to success that underpin Singapore’s rise to prominence in the incredibly competitive sphere of fintech?

An enduring enthusiasm for the new

The reason many of the world’s most innovative companies are looking to Singapore can be explained by the country’s longstanding record of support for emerging industries.

This culture of encouraging innovation is shown by a range of supportive initiatives initiated in both the private and public sectors.

Just over a year ago, The ASEAN Financial Innovation Network launched the world’s first cross-border, open architecture global fintech marketplace and sandbox, the API Exchange (APIX).This platform represented an ambitious effort to allow financial institutions and fintech firms to connect through a globally curated marketplace and experiment with other industry participants, attracting the likes of Mastercard as corporate members.

Singapore has also made efforts to remain at the forefront of regulation and best practice. Its Cybersecurity Bill, which received assent 2 March 2018, established a robust framework for oversight and maintenance of security and data protection processes. A key part of this act was outlining a licensing framework specifically to encourage providers in a ‘vibrant cybersecurity ecosystem’, essential for any fintech development community.

These initiatives above also speak to the region’s consistent efforts to forge close ties with international partners and ease the route for foreign businesses to Singapore. This has proven highly attractive to fintech companies in particular, most all of which have international ambitions, or offer services to highly internationalised firms.

In the final months of 2019, Singapore signed an agreement with the Bank of International Settlements to establish a banking innovation hub in Singapore. Just a few months earlier, the Monetary Authority of Singapore (MAS) signed an agreement with the non-profit Asia-Pacific Future Financial Research Institute (AFF) to help facilitate cooperation among financial institutions in China.

Considering the relatively small size of the domestic market, Singapore’s effective collaboration with nations across the world has helped it reach a size comparable to many larger peers.

In focus for many of the world’s largest organisations

Singapore has a long history of embracing foreign direct investment, which rose from $10.85bn in June 2017 to $19.13bn to June 2018, according to Enterprise Singapore, a government agency. A substantial portion of that rise can be attributed to fintech. Digital tech companies snapped up nearly all (93%) of the S$13.4bn of venture investments in Singapore in the first nine months of 2019.

Among the most recent of these was that of digital banking software provider Backbase, which cited the ideal location, large economic potential, access to specialised workers, and the strong foundation for a ‘digital-first approach’ as reasons to establish its HQ in Singapore.

Singapore’s success is no recent flash in the pan. It has developed over years, with much credit due to the foresight and long-term strategy enacted by its government and business leaders.

The country has balanced incentives to attract overseas firms against sustained support for domestic firms with long-term goals. One standout government co-financing scheme matches private capital investment in start-ups dollar-for-dollar up to a maximum of S$300,000 and has been eagerly adopted by fintech businesses. In 2005 mobile security start-up tenCube raised S$600,000 thanks to the government’s injection and, five short years later, was acquired by McAfee for S$25m. 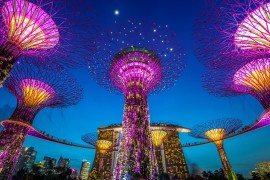 Singapore’s success is no recent flash in the pan.

Other notable technology success stories include local start-ups like Carousell, a mobile classifieds ads firm, and Shopback, a cash rebate platform. The rise of fintech is more recent but examples of its rise to prominence extend throughout the country’s tech community. Grab, a locally grown ride-hailing company recently secured $700 million from Japanese bank Mitsubishi UFJ Financial Group (MUFG), to support the company’s ambitious entry into the fintech space.

Whether home-grown or a recent arrival, every technology company in Singapore benefits from the country’s excellent IT infrastructure. For over two decades Singapore’s leaders have launched a series of upgrades to the nation’s tech infrastructure. The latest of these – Research Innovation and Enterprise 2020 – earmarked $19bn for investment in the country’s digital economy, as well as advanced manufacturing and engineering, health and biomedical sciences.

A gateway to the ASEAN market

Singapore has emerged as a global magnet for fintech entrepreneurs, small and medium-sized enterprises and international businesses of all industries seeking to make the most of the incredible potential of the Asian market. However, even the most attractive, well-invested and incentivised market can present challenges to the inexperienced.

For anyone who wishes to establish a presence in one of the fastest rising fintech capitals in the world, on-the-ground expertise is essential to stay up to date with local developments, opportunities and emerging obligations. Success in Singapore hinges on an understanding of its past, present and future. As it gains further global prominence, its story and model has every chance to define the next stage of global fintech’s growth.