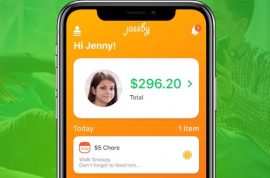 “We plan on raising an additional $20 million later this year,” says CEO

Now with more than 100,000 users, the US fintech will use its new funding to add more features and boost user numbers ahead of a further – and much larger – anticipated raise later this year.

“I see us adding more and more layers of services to our App and we plan on raising an additional $20 million later this year, to drive us closer towards 1 million users within a year,” says CEO Benjamin Nachman.

“Advancing financial literacy is one of our core values as well as creating a world-class platform for kids and families,” he adds.

“We have built a cutting-edge system that allows us to partner with schools, sports clubs and businesses to create a full ecosystem for our users.”

The fintech has not revealed the names of any of its community partners, but its website suggests it will use these relationships to go beyond the ‘chore-reward’ business model, mentioning aspirations to teach kids about loans and interest rates.

FinTech Futures spoke to another US start-up, AWSM Bank, which is similarly trying to teach teenagers on the more complicated financial concepts such as credit cards and personal loans. This fintech is taking a more education-first approach than Jassby, set to launch in Q2 with 100 courses alongside its banking services.

Jassby investor Moneta Capital believes the family-orientated start-up is tapping a demographic which is unrecognisable to traditional incumbents.

“Gen Z’ers become earners – and consumers – at a much younger age than their parents did,” says Moneta’s managing partner Adoram Gaash. “Consequently, a US teenager spends an estimated $2,600 per year, while influencing another $5,000.”

Gaash says Jassby’s “holistic digital financial ecosystem” for kids, teens and their parents “deals with the real issue of financial illiteracy, and lets kids use financial services in a very smart way”.

Read next: Is your fintech brand an awkward teenager?