Rabobank has spun out its online payments service SurePay as an independent company. 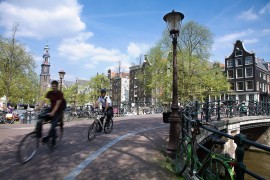 Founded in 2016, SurePay delivers an account checking service to financial institutions. The service provides a bank’s customer “instant feedback” at a pre-payment stage on the correctness of a beneficiary details when making a transfer.

The firm introduced the IBAN-Name Check, a confirmation of payee solution which it claims is used in more than 90% of all online transactions in the Netherlands.

SurePay’s has more than 40 corporate clients in the Netherlands and checked more than one billion payments in 2019.

The system is now set to be implemented in the UK, after “several financial institutions” expressed their interest.

“As of March 2020, Confirmation of Payee will be in effect in the UK,” says Dorine van Basten, chief commercial officer at SurePay. “This is a legal obligation to give end-users of payment systems greater assurance that they are sending money to the intended recipient.

“We have high hopes of our growth potential in the United Kingdom. As a vendor we are currently working closely with several financial institutions to implement Confirmation of Payee.”

Related: The Netherlands – the rise of a new fintech hub

Harrie Vollaard, head of Rabo Frontier Ventures, says SurePay proves that innovations within a bank can grow into successful companies.

“It all started with a great idea, that was encouraged to grow. We’re very proud to see SurePay evolve into an independent company now.”

Rabobank recently announced the development of its new online banking portal, RaboDirect, in collaboration with Mendix, a low-code software firm.

Predominantly designed for the bank’s Belgian and German customers to send money, the portal will also be used by employees to process back-office transactions.