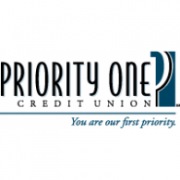 Priority One CU is based in South Pasadena, California

Founded in 1926, Priority One is the second-oldest credit union in California. According to the vendor it was looking for a technology partner to improve its internal processes and boost member efficiencies.

Symitar adds that the credit union chose its Episys system because it wanted “a modern core replacement that would provide much richer functionality and clean, tight integrations to other systems.”

Charles Wigginton Sr., president and CEO of the credit union, says that its employees will be able to “do more, faster” and that a number of ancillary systems have been eliminated by the conversion, saving Priority One “several thousands of dollars annually.”

Priority One will run its core in Jack Henry’s private cloud environment.

Wigginton adds: “We simply cannot replicate what Jack Henry has built to keep us and hundreds of other credit unions safe and secure.

“There’s an added assurance and peace of mind knowing that we have a true partner in the maintenance, recovery, and protection of our core platform’s performance and data.”

Shanon McLachlan, president of Symitar, says: “We are proud to continue growing the Symitar community with the addition of Priority One. This credit union, like many others, desired a better experience for its members and the right partner to deliver on that need.

“Allowing us to host its core platform will prove to be a more secure, effective alternative to doing business – one that doesn’t put limits on the credit union’s creativity, growth, or additional partnerships.”