Mastercard is planning on the expansion of its workforce in Ireland by 1,500, effectively trebling the number of people working for it in Dublin. 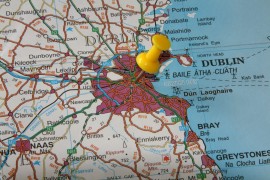 Mastercard has had a presence in Dublin since 2008

According to a release from IDA Ireland, the state agency responsible for attracting foreign investment in Ireland, the credit card giant is set to lease three office blocks in Leopardstown, Dublin.

Mastercard already employs 500 people at an Irish office opened in 2008. The issuer also set up its research and development arm, Mastercard Labs, in the city back in 2012.

The three buildings the firm will lease have the space for a further expansion to 2,500 workers.

“Our Dublin Tech Hub is an innovation engine for our company across Europe and beyond, and we’re delighted to be expanding our technology footprint in the city,” says Ed McLoughlin, president of Mastercard operations and technology.

“Our new campus will help us continue to attract the best and brightest tech talent, so that we stay on the forefront of emerging tech trends and are well positioned to forge the future of digital commerce across the globe.”

Ireland’s caretaker Taoiseach Leo Varadkar says of the expansion: the 1,500 jobs being created at Mastercard are high quality, skilled positions, which I’m sure will be much sought after.

“We can never be complacent when it comes to our economy and employment; as a country we must continue to pursue policies which make Ireland attractive to investment and job creation and open to free trade.”

Mastercard announced last week that it was in the middle of developing a cybersecurity centre in Belgium, a European copy of a similar centre based in the US.