iSignthis to form blockchain venture with NSX to compete with ASX

iSignthis, the Australian identity, payments and e-money solution, has teamed up with the country’s second largest stock exchange, the NSX, to create a digital securities trading platform called ClearPay.

The new venture, based on distributed ledger technology (DLT), will develop a “multicurrency, real-time, same day Delivery versus Payment (DvP) platform,” according to both companies.

They say it will compete with the Australian Securities Exchange (ASX), which suspended iSignthis from trading on its platform five months ago. iSignthis is now taking legal proceedings against the ASX because it deems the ban to be unfair.

The ASX is currently building its own DLT replacement for its legacy CHESS clearing system with the help of blockchain firm Digital Asset. 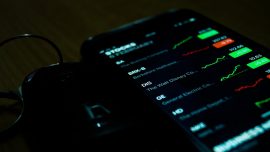 In an industry which can take days to settle trades, the ASX’s new solution will ensure same-day settlements. It has been working on its own solution for years and is hoping to start testing it in July this year.

iSignthis’ own venture with the NSX is similarly designed to give its subsidiary, the National Stock Exchange of Australia (NSXA), same-day settlements. iSignthis will also take a 13% strategic investment in NSX through an AUD 4.2 million ($2.7m) placement.

“It’s very exciting for us that ClearPay will bring genuine competition to the Australian cash equities eco-system,” says iSignthis’ CEO John Karantzis, who will act as the CEO of ClearPay during the software development stage. 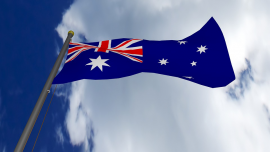 “This is the right time for the NSX to act,” says the exchange

Acting CEO for the NSX Thomas Price says: “Market commentators are in broad agreement that cash equity exchanges are facing a global technology revolution which is challenging legacy methods of clearing and settlement.”

Price feels “this is the right time for the NSX to act” and create a “venue of choice for companies seeking to be serviced via the most advanced infrastructure and distribution in their goal of attracting investors from both here and abroad”.

The first NSX placement will be AUD 3.2 million for a 41% interest in ClearPay, and iSignthis will use its subsidiary Probanx Solutions to provide intellectual property, design and development.

The second cash call will be $1.3 million contributed by NSX for a further 9% interest in ClearPay, only if iSignthis manage to raise AUD 3.8 million. At that stage, both parties would equally own 50% of ClearPay.