Goldman Sachs is in “advanced talks” with Amazon to offer small loans to US businesses over the bigtech’s lending platform. The product could go live as soon as March this year, according to Financial Times sources briefed on the partnership.

Sources also say the talks and eventual deal close will likely involve attaching Goldman’s brand to Amazon’s lending product in some way. The global marketplace has lent to its small business merchants for the last eight years through ‘Amazon Lending’, using the data it already holds on these merchants to quickly calculate appropriate loan amounts. 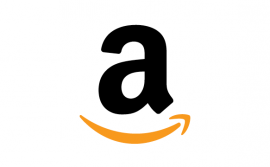 “We are planting seeds that will take time to mature and grow,” the chairman and CEO at Goldman David Solomon said on the day, in addition to mentioning that they will not take companies public anymore unless they have at least one “diverse” board member. The shift shows the bank moving away from what shareholders have long worried to be a volatile trading space to the more steady consumer sector.

Trading revenues do, however, still make up roughly 40% of Goldman’s overall turnover.

The deal with Apple gives Goldman direct access to the Big Tech’s 100 million US subscribers. It is understood that card lending made up a notable portion of Goldman’s $7 billion in consumer loans and card balances for 2019.

Promising more revenue from new sources to its shareholders, Goldman’s partnership with Amazon will see the bank join a host of other non-US bank partners. Despite Amazon’s balance sheet showing small business loans tot up to more than $863 million last year, the growth of its lending platform has been slow in recent years – hence the need for bank partners in some markets.

Since setting up the lending platform, Amazon has stopped offering loans in Japan. According to the company’s most recent annual report, outstanding loans almost doubled between the end of 2015 and end of 2016 to $661 million, whilst growth fell to 4.7% in 2017, and then fell to a further 2.6% in 2018.

Partnering with banks allows Amazon to decrease its credit risks, which in turn means its can expand its lending platform. Without this help, the Big Tech has a limited data pool to draw from to calculate these risks which hence leads to higher numbers of outstanding loans.

Amazon and Goldman have both declined to comment on the partnership.