Chief business officer (CBO) at Yolt Technology Services (YTS), one of the key architects in the UK hitting one million registered open banking users, envisions a world where one day the quality of a bank’s application programme interface (API) could determine a customers’ decision to switch accounts.

Leon Muis talks to FinTech Futures at FinovateEurope in Berlin about how YTS worked with UK banks in the run up to the country’s open banking implementation, and how it’s already working with banks across wider Europe to kick-start their open banking waves.

Whilst Yolt’s direct consumer app is live in the UK, Italy and France, YTS is a pan-European solution in principle, currently live with banks spread across eleven countries. 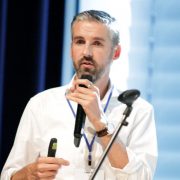 Fixed now, this led Muis to think “it might be the quality of the API which determines account switches in the future”, which he says “will be a nice end point for open banking”.

The CBO, who previously spent years at ING and Fiserv, says that right now the open banking wave in the UK is not necessarily breeding more competition in the form of account switches in the way the Financial Conduct Authority (FCA) had hoped it would. Instead, he says it is simply enabling additional services.

Joining YTS’s open banking team in 2017, Muis says he thought back then that the development in open banking would have gone even further. He describes things such as the 90 day re-authentication requirement – which means strong customer authentication (SCA) has to be done at least every three months – like “compromises”.

On its work in the UK, Muis says YTS has “been there, done that”, having implemented the technology all the way down to Sainsbury’s credit card and Aqua Card. Asked whether he thinks the one million open banking adoption milestone in the UK is a lot or a little, Muis says he has seen 2,000 API calls a month two years ago go up to 50 million calls a month – so a lot.

Confident that the technology is seeing healthy adoption in the UK, YTS’s CBO thinks consumer awareness around it is a little misguided. “It’s just a means to an end, if you start marketing the means then there is less focus on the ends.”

The industry issued a consultation around the opportunities in marketing open banking as an entity unto itself to boost trust in the technology, but Muis called this “a bit vain”. “First what is there has to work,” he says.

Talking about the community around open banking, Muis says the regulators in the UK have done a very good job of opening up the conversation. With bi-weekly calls, third parties can share their concerns on tricky banks’ implementation attitudes and the FCA will physically go to the banks to try and solve the problem. “Wider Europe does not have that ecosystem,” says Muis.

Related: German challenger N26 pulls out of UK ‘over Brexit’

“In principle it’s all on us, but bugs on their [the banks’] system is up to them to fix them,” he adds. So far, YTS is finding bugs with every bank it partners with across Europe. Unphased by this, Muis puts it down to the earlier stages these countries are in when it comes to their open banking journeys.

He also mentions the banks do want to make it work in theory, but that their mainframes have made it hard. “Traditionally banks horded customer data, but now they’re suddenly being asked to open it up and consume third party data too,” Muis says.” They should see API as another channel.”

Looking at the wider industry, most recently Revolut’s decision to work with TrueLayer for open banking, Muis says all four parties – money platforms, challengers, incumbents, comparison platforms – are moving into aggregation. “It’s a matter of who gets there first and how well they do it,” he concludes.

Read next: How Canada’s Wealthsimple is building a whole financial suite