As another successful FinovateEurope comes to a close, FinTech Futures’ Sharon Kimathi and Ruby Hinchliffe explore the event’s top themes from industry experts and C-suite execs that attended the conference at the Intercontinental hotel in Berlin.

Although there were various contenders for the “hottest topics” highlighted by some interesting discussions both in one-to-one interviews and panels – from the corona virus, Brexit, payments and more – we’ve boiled it down to five key takeaways.

Open banking implementation is the main highlight of the year for David McHenry, head of global treasury and payments advisory UK at Silicon Valley Bank (SVB). McHenry is excited to see Revolut’s open banking initiative and tells FinTech Futures that Visa’s acquisition of Plaid was a sure sign of things to come as big players in the financial services industry turn to fintechs for their application programming interfaces (APIs) and open banking solutions.

“I’ve seen some banks applying open banking in a quick and dirty way, which isn’t necessarily bad, but it’s just that it is applied as a basic use case for account aggregation,” says McHenry. “It’s really just early days around what open banking is capable of and what potential new solutions can evolve.”

He echoes similar sentiments as the Basel Committee on Banking Supervision (BCBS), which published its report on open banking and APIs in December 2019. It notes that one of the challenges to open banking is that frameworks vary across jurisdictions in terms of stage of development, approach and scope. The “quick and dirty” approach is also enabled by other challenges hindering the development of APIs, such as the lack of commonly accepted API standards and the time and cost to build and maintain APIs.

Although, McHenry does believe that players like Yolt can help with the integration of open banking in traditional banks and financial institutions, as it’s been working closely with the CMA9 banks since 2018 to make full open banking API connections. 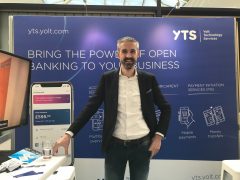 Finovate conferences – as always – attract a lot of budding start-ups looking for some fresh investment, brand-awareness and potential partnerships. All of the hopeful tech firms are looking to attract an investor that can take them to the next level and some delegates attending happen to be chief innovation officers (CIOs) in banks looking for the right fintech to join their innovation hubs. One such delegate is Benoit Legrand, CIO at ING.

ING has played an active role in nurturing fintechs, with Yolt being one of its most notable ventures. Yolt is now a well-established firm in the industry and joining the Dutch bank for some of these start-ups could be a real game changer.

The bank has two pillars of its innovation funnel going from an idea to an impactful solution. One is its Labs based in London, Amsterdam and Singapore, whilst the other is ING Ventures, the €300 million venture capital arm of ING making minority investments in early stage companies that have a strategic relevance to ING.

Once an innovation initiative has been assessed as “in scope” for the £25m annual innovation fund, it will go through a pitch meeting. This usually lasts 30 – 45 minutes at different stages of development. Then it usually takes between six to eight weeks to test with potential customers whether it effectively solves a substantial problem the innovation was aiming to provide a solution for.

After a fintech joins, or an internal project worth the £25 million annual innovation fund has been green-lit, the tech firm will go through a pitch meeting. This usually lasts 30 – 45 minutes at different stages of development. Then it takes between six to eight weeks to test it with potential customers in order to solve a problem the tool was aiming to provide a solution for.

Once it goes through this stage, they build the solution and test it again, until they build a prototype which is also tested. Altogether, the process takes about six months to two years depending on the complexity of the innovation. This gives the initiative enough time to work with actual users and have the freedom to fail until it’s right.

“The shortest has taken 30 minutes as the initiative was stopped,” notes Legrand. “But the longest – which we’re still working on – has taken two years since it’s very complex.”

It currently has more than 200 active partnerships with fintechs, with around 27 investments. “We also stopped roughly 90 partnerships (fail fast).” 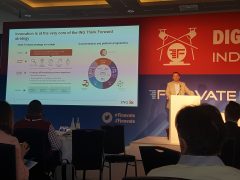 He notes its key difference between them and other innovation labs is that it has been involved in this space for longer, and it has an internally connected ecosystem with testing at the forefront.

Legrand believes that collaboration with fintechs is key to further implement the bank’s strategy and to improve the customer experience. “The banking sector is definitely seeing disruption coming from tech players, but we also see that many of them value the cooperation with companies like us, and partnerships are a great win-win opportunity.”

3. The API way or the highway

With the app economy predicted to hit $6.3 trillion in 2021 according to app analytics firm App Annie, fintechs are racing to integrate with the consumer and business apps which banks are – or should be – frequently iterating. In his key note, founder and CEO of Match-Maker Ventures Nicolai Schattgen points out the opposites embedded in the app industry model: “Using the platform means one dictates, but there is access for everyone”.

Schattgen reminds the banks: “Don’t just use a platform because it’s cool, understand where it sits and use it with conviction.” 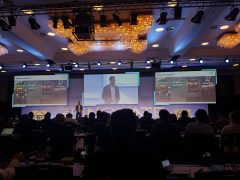 One fintech demoing at FinovateEurope, Subaio – a subscription management solutions for consumers – tells FinTech Futures about its evolution into the API business model.

“Initially we were a single, direct consumer app on the market for roughly a year, but early on we realised that this wasn’t going to fly, we needed to be integrated somewhere else,” says chief commercial officer (CCO) Søren Nielsen. Now Subaio sells its solution into banks, connecting to their systems via an API – just like many fintechs out there.

But selling into banks is not easy. It’s slow, and requires a lot of patience and funding in the meantime until those big deals come in. Nielsen notes the “friction” that comes with this longer sales cycle. “We have asked ourselves how we can short cut the process – can we short cut it with an aggregator? Or by selling to fintechs? Or by selling into customer relationship management (CRM) businesses?”

Despite the long road to success for fintechs following this model, it seems Subaio is now well within reach of securing more banking partners to role out its solution. Live with four banks already, the start-up has signed four more contracts with banks going live this year – one of them giving the fintech a foothold outside the Nordics in wider Europe.

4. Regulation concerns around the cloud

It’s been an issue for some years now, and the severity of concern varies from market to market. Cloud core banking provider Five Degrees, which specialises in lending technology, talks to FinTech Futures about some of the challenges cloud software providers still face in the banking industry.

“The biggest discussion on the cloud in itself is from a regulatory perspective,” says Five Degrees’ fintech specialist for Europe Thomas Muth. “The cloud is not an established place to put your banking from a state perspective, and there aren’t a lot of players which have made that step in a fully-fledged way. The cloud in its essence is nothing new, but it hasn’t been done on scale.”

Five Degrees works with ABN Amro and Aruba bank on the Caribbean islands, as well as Dutch challenger bank Knab. Muth anticipates that very soon the cloud will be the natural place for banks’ IT solutions to sit. 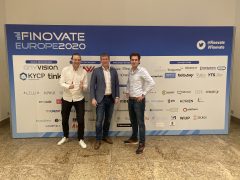 Muth points out that some countries are more advanced than others. In Switzerland, he says the Swiss Bank Association (SBA) has issued some “sophisticated statements” to its members on outsourcing to the cloud, and in Germany the BaFin – the Federal Financial Supervisory Authority – does not explicitly prohibit use of the cloud.

Whilst worries around how the cloud stores data has hung over the technology for years, it seems the first big movers are starting to emerge – Muth believes that once a few more big, established players commit fully to the cloud, everyone else will follow.

And they need to in his opinion. Muth says that as the likes of Goldman Sachs begin to muse their own moves into innovating in the cloud, the infrastructure of the bank as a whole has to be solely cloud-based to handle all the outbound data flows.

5. The limitations of future technologies

Artificial intelligence (AI) is not necessarily new to the banking industry, but it’s a technology which is constantly evolving and changing, offering more and more future potential as companies invest in it further. According to a report by Business Insider Intelligence last December, banks could save an estimated $447 billion come 2023 by using AI applications.

But despite this potential, it’s important that the industry doesn’t expect the technology to solve every problem it it has. On a panel about financial crime, Nasdaq’s head of behavioural sciences for market technology risk and surveillance Wendy Jephson discussed the limitations of using just one technology such as AI to solve universal problems such as money laundering, insider trading and market manipulation.

“People talk about AI as if it can solve anything, […] but it isn’t the only answer,” says Jephson. “We need to think hard about the problems we’re solving and what technology is the answer. For that, you need a whole tool kit”. 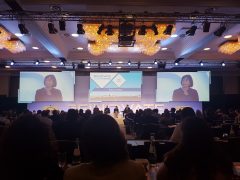 Whilst Jephson does not refute that AI can be very helpful – namely in the effort of speed, something she feels the industry has the least of – she also reminds the Finovate audience that what are now deemed to be traditional methods should not be shunned or forgotten.

With just one cubit centimeter in all our brains holding more connections than stars in an entire milky way, Jephson’s lesson is to not underestimate the timeless power of the brain amidst the emergence of new technologies.

Fellow panelist Joost van der Burgt, senior policy adviser at De Nederlandsche Bank, adds that “technology is just one part of the equation”, highlighting that companies need the data too. He also believes the ethical conversation on biometric technologies such as facial recognition “hasn’t been taken to the extent that it deserves.”

For more in-depth content on FinovateEurope, please see some of articles below:

FinovateEurope: RBS head says bank has “turned a corner” in its innovation culture