Klarna, the unicorn now in joint first place with Revolut as the biggest fintech start-up in Europe at a $5.5 billion valuation, has reported its first annual loss after successive years of profitability since it was founded in 2005.

The loss seems to be down to two things: the establishment of its engineering hub in Berlin and its growth into the US, which caused operational costs for 2019 to top one billion kronas ($113 million). It was after raising $460 million last August that the fintech announced its US expansion. 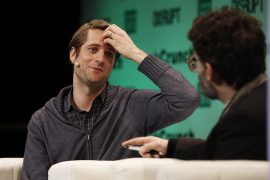 Still early days, Klarna’s move across the Baltic sea to America will inevitably meet stiff competition as it pits itself against the Point of Sale (POS) services offered by the likes JPMorgan Chase, Visa, Mastercard, American Express, and PayPal, which all have huge merchant networks. PayPal Credit, for example, offers financing for transactions of just $30.

Despite this, CEO Sebastian Siemiatkowski said at TC Disrupt last December that its US growth is climbing at an average of 6 million net new users a year.

As for the Berlin-based engineering hub, Siemiatkowski has said Germany is “super important” to Klarna as its largest market with 30 million users, hence the head count additions there to its already substantial 3,000 global employee base.

Earlier this month the fintech also acquired Italian ‘pay now, buy later’ start-up Moneymour. This deal marked Klarna’s first step towards the launch of Klarna’s latest product development hub in Milan, which will presumably be a hefty part of its operational costs for 2020.

Profits have been slowly declining for the company which was once hailed as the firm bucking the trend of unprofitable fintechs. Last year, 2018 profits of SEK105 million ($10.8 million) plummeted from a figure triple the size the previous year.

This could perhaps be put down in part to risky new customers the company is acquiring in new geographies. Klarna revealed that the number of customers defaulting on payments doubled in 2019 from 2018, reaching credit losses of SEK 1.86 billon ($191 million) last year.

But despite these losses, the company, backed by Snoop Dog, says it added 75,000 new merchants to its platform last year and saw a 31% rise in 2019 revenues, describing itself as a “very healthy” and “strong growth” company.

Once hinting at an initial public offering (IPO) last year, Siemiatkowski will now have to rethink the company’s plans to a float, shifting his focus to re-reaching profitability. Klarna currently makes its money from fees to retail clients and in interest charged to customers who decide to spread their payments with the service. It may now have to consider potential new revenue streams.