Deutsche Bank reaches out to Big Tech for cloud assistance 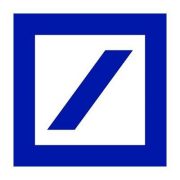 According to Reuters, sources close to the matter reported that the three US tech groups met with Deutsche Bank in Frankfurt last week, to begin a three-month pitch and bidding process.

Deutsche Bank says in a statement, “To help us evaluate our options, we have started a tender process with several cloud providers… We expect to be able to complete the process in the coming months.”

The move is part of Deutsche’s $14.2 billion technology investment that it has planned up to 2022. The bank has struggled to keep in step with tech developments following years of losses, with even basic banking processes being notably outdated.

In a staff memo last October, four executives stated that, “To succeed, we need to fundamentally shift how we build technology and move to a new way of working.”

One source told Reuters that although the bank was not interested in a joint venture, it was looking for a partnership that would be bigger in scope than work the tech companies have previously carried out for other banks.

The source said that a corporate credit marketplace, open to companies and other banks as a brokerage for loans, was one idea under consideration.

None of the three tech giants have commented on the matter.