Citigroup has suspended “one of its most senior” bond traders in London after it was alleged he stole food from the office canteen, Financial Times reports.

The US investment bank suspended Paras Shah, Citi’s head of high-yield bond trading for Europe, the Middle East and Africa, after accusing him of stealing food from the canteen at its European headquarters in Canary Wharf, London. The trader joined the bank in 2017.

According to “four people familiar with the matter”, 31-year-old Shah – who previously spent seven years at HSBC – is likely to have been on a seven-figure pay package at Citi and was suspended just weeks before the bank was due to pay out its bonuses to senior staff such as himself. 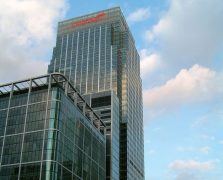 Shah’s job at the bank saw him match buyers with ‘junk bonds’ – i.e. debt from companies classed as riskier borrowers. Two former colleagues told the Financial Times that he was “a well-liked and successful trader”. Both Citi and Shah declined to comment on the reason for dismissal.

The wider banking industry has seen similarly harsh treatment of personal misconduct. Japan’s Mizuho Bank fired one of its London bankers back in 2016 after he was caught stealing a part from his colleague’s bike worth just £5.

And as far back as 2014, former MD at global investment management firm BlackRock Jonathan Burrows was banned by the UK’s Financial Conduct Authority (FCA) from taking any other senior roles in the country’s financial sector after it was revealed he consistently evaded paying his train fare. Burrows had to pay £43,000 to settle the case.