Bitfinex, the cryptocurrency exchange owned by Hong Kong’s iFinex, has been ordered by the UK High Court to freeze bitcoin worth $860,000 after blockchain analysis firm Chainalysis traced the funds to a ransomware payment.

The account, holding 96 bitcoin, was linked to “the hacking of an [unnamed] Canadian insurance company” according to a 17 January 2020 court filing first reported by New Money Review. The report read: “A hacker managed to infiltrate and bypass the firewall of that insured customer […] and installed malware called BitPaymer.” 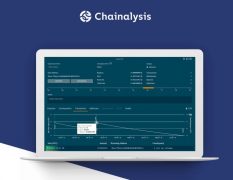 The company victim to the ransomware attack had to subsequently decrypt 20 of its servers, which took five days. It then had to clean up 1,000 desktop computers which took a separate ten business days. It hired New York-based Chainalysis, whose findings have now led to Bitfinex sharing the account address and its Know Your Customer (KYC) credentials with the the England and Wales High Court (Commercial Court).

In 2016, bitcoin worth about $72 million – 119,756 bitcoin – was stolen from Bitfinex’s platform. It was the second biggest security breach on a global bitcoin platform of its time.

That same year the exchange was forced to pay a $75,000 fine by the US Commodity and Futures Trading Commission(CFTC) in part for offering illegal off-exchange financed commodity transactions in bitcoin and other digital currencies.

Then last year, the firm was accused of using the reserves of Tether, an affiliated company, to cover up $850 million in losses to to a Panamanian payment processor known as Crypto Capital Corp.

Bitfinex says it is “an entirely innocent party mixed up in this wrongdoing” in the latest case related to its exchange. “We have assisted the claimant to trace the stolen bitcoin and we understand the focus of the claimant’s attention is no longer on the Bitfinex platform,” it said in a statement.

New Money Review says the case is a landmark because it’s the first time the UK High Court has stated that cryptocurrency assets such as bitcoin constitute as property.