The central bank of Brazil is planning the launch of a real-time payments system based on QR codes later this year. 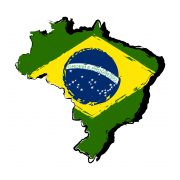 The new system, called PIX, will allow users to send and receive payments via mobile wallets. The central bank has announced that participation will be mandatory for all regulated banks and financial institutions with more than 500,000 customers.

Transactions can be made by users via the scanning of a QR code or by entering information like a phone number, email address, or tax identification.

Payment institutions that are not licensed by the central bank will only be able to act as an indirect participant.

According to local news site Livecoins, the new system is a direct response to the proliferation of cryptocurrency in the South American country.

It reports Roberto Campos Neto, president of Banco Central de Brasil, stating that PIX “comes from the need to have an instrument with [cryptocurrency] characteristics.”

The central bank previously established a working group including more than 130 financial services firms to investigate the development of an instant payments system in the country.

The group finished its work by 21 December 2018 with the announcement of a set of guidelines for the development of instant systems.

In November last year Brazil joined allied nations in the BRICS association to announce the development of a common payment system.

BRICS – Brazil, Russia, India, China, and South Africa – has been planning a group-wide system to counter the effect of the US dollar since 2015.

China operates the Cross-Border Interbank Payment System (CIPS), developed as an alternative or redundancy option in the event that Chinese banks lose access to the Swift network.