Xinja, the Australian neobank which launched its savers account Stash last month, has hit AUD 100 million in deposits after just 19 days. With a generous interest rate of 2.25%, the challenger has attracted customers a lot faster than it had anticipated. 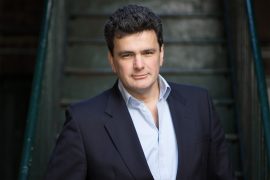 Fellow Aussie neobank 86 400, which launched last September, revealed this Tuesday that it has now raised AUD 120 million in deposits, growing by AUD 20 million in the last month.

Business challenger Judo Bank, the first to get an Australian banking licence, says it has raised more than $1 billion in deposits in just nine months.

“What I think it shows very clearly is that Australians are more than happy to move bank accounts, or to get another bank account, which is exactly the same model as we’ve seen in the UK,” says Wilson, who confirms roughly half of Xinja’s customers are coming from the big four banks.

Whilst Commonwealth Bank still holds more than $500 billion in deposits alone, the growth rate Australia’s challengers are experiencing does make them a potential threat to incumbents.

Wilson says Xinja’s growing customer base is made up of a bigger proportion of older users than it expected too, with 35 to 45-year-olds the second largest age group, just behind the 25 to 35-year-olds.