Tradeshift, the company connecting businesses across the supply chain, has announced a $240 million funding round which is intended to accelerate growth and “set the company on a direct path to profitability in the near future”.

The round, which follows a $250 million Series E in 2018, is a combination of equity and debt. Investors in the round were not named, but the Californian company did say some were existing backers – these have, in the past, included Goldman Sachs, Canada’s Public Sector Pension Investment Board (PSP Investments) and HSBC. 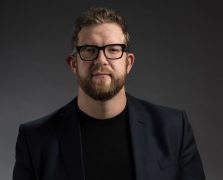 Announcing the round in a period when many thought the 1,200-person company was gearing up for an initial public offering (IPO), TechCrunch speculates that Tradeshift is delaying its IPO to get its ‘house in order’ following the example of WeWork, which filed its IPO despite being unprofitable and went from a $47 billion to $5 billion valuation in just three months.

“It’s clear that the investor community has a strong focus on growth combined with profitability and they like our plan,” says Tradeshift’s CEO Christian Lanng, “as a network business, growth is always going to be a key part of our story. But it’s also important that we manage that growth responsibly”.

Tradeshift says it recorded its best-ever year in 2019, seeing more than a 60% growth in revenue and closing 300 enterprise deals – i.e. those which were double the value of its average deal size.

Some paths to profitability will include “restructuring global cost” and “doubling down” in areas where the company is seeing the “greatest momentum”.

This restructuring will include moving certain roles in North America and the Nordics from high-cost to low-cost regions, de-emphasising enterprise procurement and re-emphasising the development of its app and marketplace capability in the payments space, Lanng told Spend Matters.

The supply chain player is looking to further develop its core product Tradeshift Pay, an end-to-end (E2E) supply chain payments solution, with the new capital injection, as well as grow its network of finance partners.