HighRadius, the artificial intelligence (AI)-based platform which “helps companies get paid faster on their receivables”, has raised $125 million in a Series B funding round which has boosted the fintech to unicorn status, Crunchbase reports.

With a valuation now spilling over $1 billion according to founder and CEO Sashi Narahari, the 2006-founded firm joins a trend of companies which are not ‘start-ups’ in the literal sense, but who are now following the path of start-ups by finally giving in to raising external capital after operating for years on their own. 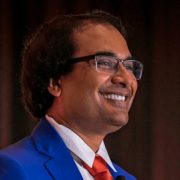 This round for HighRadius was led by Californian investor ICONIQ Capital, with participation from existing investors Susquehanna Growth Equity – which also backs Credit Karma, and Citi Ventures.

Narahari says the average time to get paid from the time of billing is about 45 days, so HighRadius aims to reduce that wait by 10% with automation. The founder says that just this small difference provides “huge value” to a company’s bottom line by optimising its working capital.

Because receivables make up nearly half of a company’s balance sheet, Narahari says there is a huge cash incentive for customers to use them. 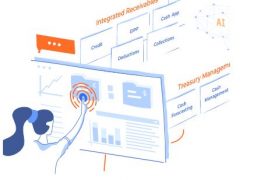 Receivables make up nearly half of a company’s balance sheet

The Indian-born founder decided to begin raising funds from external sources in 2017, and since then the company has been able to launch into treasury management too. With its second headquarters in Hyderabad, India, the fintech has positioned its main base in Houston, Texas with other offices in Amsterdam and London.

Now the fintech has raised a total of $175 million across three rounds, including the $50 million it raised in September 2017.

With customers including Walmart, Nike, Burger King, Kelloggs and Sony, the company is well-placed to use its new funding to expand its business further within Europe, Asia-Pacific and Latin America.