Minka, the start-up bringing real-time payment infrastructure to Latin America (LatAm), is attempting to solve the largely unchanged payments structure in the region despite the disruption of fintech.

Its first stop is Colombia, where it is partnering with ACH Colombia – a clearing house similar to the UK’s Faster Payments – alongside the house’s 26 member banks to bring cheaper, real-time peer-to-peer (P2P) payments to the country. The project is set to launch sometime in February 2020.

In true start-up style, Rozic says the team turned up to ACH Colombia for an introductory chat in joggers. Within two weeks the start-up had built a pilot and there was no going back. 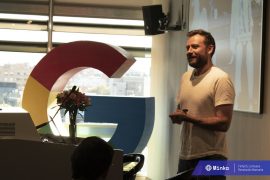 “If you want to build a Sterling bank in the UK you have a lot of options – application programme interfaces (APIs) etc, so you can focus on products,” Rozic says, “but here you’re still stuck with doing low-level plumbing because nobody did it in the last ten years”.

Rozic’s 2015-founded start-up is essentially building payment rails from scratch for the region, aiming to turn the ‘cash is king’ phrase often used when referencing the LatAm financial landscape into a more obsolete, dated phrase over the next five to ten years.

Currently cash is still strong, with 90% of payments in Colombia being done in cash leaving just a small fraction being sent digitally according to Rozic.

Likening Minka’s project to that of Token, the fintech which built one API to provide all major banks and third parties across Europe with compliance to the second Payments Directive (PSD2), Rozic realizes the technology will be very new for LatAm and that it will be a “big challenge introducing the new concept” to companies at first.

Backers of the venture, which has gathered around $2.5 million in seed round funding so far, include Mastercard and FinTech Collective. Sean Lippel, the FinTech Collective investor who found Minka, tells FinTech Futures: “Before a fintech revolution can happen, there must be infrastructure. It’s very tough to get into the deeper problems without the infrastructure, P2P is a real problem in Colombia without paying astronomical amounts.”

Lippel points out that two to five banks control 80% of banking in each country in LatAm, but with 70% of the population owners of a mobile subscription – meaning the ability to deliver financial services through the phone exists – there is a huge opportunity for the start-up to change this with new infrastructure.

Minka will build its model in Colombia before replicating it in other countries across the region.