How Canadian start-up Cinchy is transforming data for banks

Cinchy, the Canadian start-up helping banks avoid the security risk of replicating data, tells FinTech Futures how it has created an interconnected data network where integration no longer needs to be a step considered by banks embarking on a new project. 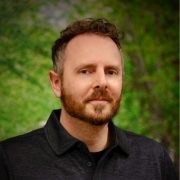 In his experience, connecting two dots in a major bank meant spending $100,000 and three months’ work. A new project meant the creation of a new system, and the replication of data, which is what DeMers calls “the whacky concept of integration”. This introduces a security risk, as each time data is replicated it has to be separately protected.

He believes that with one overarching system storing all data – “the new data network”, according to DeMers – which can be accessed through any of the banks’ platforms, will save the banks time creating new systems which are essentially putting existing data into a different form.

“Think of it as the end of fragmentation, the end of silos,” says DeMers, “even application programme interfaces (APIs) create a spaghetti infrastructure”.

Read more: What the “decade of the data breach” can teach us

“We enable financial institutions to create the outcome by doing nothing more than managing data,” he adds.

Instead of wiring up each new system, Cinchy is creating a network-based approach. DeMers uses the example of a new phone – you can connect to one network and then interact with billions of people. The human brain also applies a network-based approach, it’s intelligent enough to pull data from one place rather than replicate it 100 times. 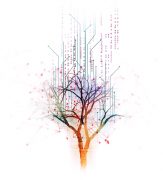 Cinchy is creating a network-based approach.

Initially focused on banks largely in North America, the start-up will eventually branch out into other markets and, one day, other sectors. The CEO says Cinchy is already working with some “pretty complex organisations” in production – RBC and National Bank of Canada are both publicly known customers of the start-up.

A year ago the fintech completed a CAD 3.1 million ($2.35 million) seed round, and since then it’s also landed a Series A round – the amount raised currently undisclosed. DeMers says it’s grown its revenue five times since the seed round and the team is now “north of 40” employees.

Related: The future of regtech is data-driven: How to stay ahead of the curve

The start-up can plug its network infrastructure into banks’ existing platforms, joining up legacy systems and then setting a precedent for projects to take a different approach going forward.

DeMers believes data will one day become synonymous with money. “We anticipate [resistance to data replication] being a massive trend – with GDPR, the evolution of data controls will become human rights. You can’t copy money, just like you soon won’t be able to copy data,” he says.

Asked what competition stands up against Cinchy, DeMers says there is lots but “we are an alternative [to what’s out there] rather than another version”.

The start-up makes its money by selling annual builder subscriptions which means they can create unlimited services for one annual price. “We want to earn our way in and earn our way up – pay to build in a continuous capacity does that,” says DeMers, who reckons Cinchy has “huge applicability for every financial company in the world”.