Visa has announced its investment in Very Good Security (VGS), a platform which allows companies to collect, protect and exchange sensitive data. The card giant says it wants to help speed up fintech innovation and advance the development of data security services.

The size of the investment has not been revealed, following the regtech’s $35 million Series B investment round in November 2019 led Goldman Sachs.

Visa says the capital will allow VGS to grant more fintechs access to its financial software, which in turn create “a better approach to data security, privacy and compliance”. 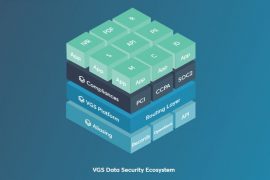 VGS gives companies the benefits of interacting with sensitive data without the liability of securing it, says Visa

Other existing backers of VGS include Andreessen Horowitz – which also backs Facebook, Instagram and Skype – and Max Levchin, the co-founder of PayPal.

The fintech’s offering works by storing sensitive data on the behalf of companies, such as account numbers and personal information, in order to meet compliance requirements. This means businesses using VGS can issue credit cards without ever seeing a card number, or run background checks without ever needing to hold social security numbers (SSNs).

“Until now, data security and compliance have been impediments to business agility,” Visa says in a company announcement, noting that VGS “gives companies a competitive advantage”.

The cybersecurity market – where data security holds a big portion of the pie – is seeing burgeoning growth. Californian researcher Cybersecurity Ventures predicts global spending on cybersecurity products and services will exceed $1 trillion cumulatively over the five-year period starting in 2017 and ending in 2021.

“VGS gives companies all the benefits of interacting with sensitive and regulated data without the liability or cost of securing it,” says Visa, “the investment […] underscores the importance of a robust, yet nimble data security posture for businesses, especially those operating in regulated environments like payments and fintech”.

Read next: Tradeshift raises $240m in bid to become profitable