The future of regtech is data-driven: How to stay ahead of the curve

Data drives everything we do today. From financial institutions to regulators to professional sports, there’s no question we’re living in a data-driven world. The differentiator is how the data is interpreted and applied. 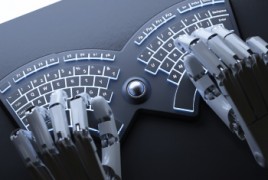 The term “regtech” comes up in conversation quite often as firms grapple with seemingly endless and changing regulations, and yes, more data. Trade and transaction reporting, risk mitigation and management, Know Your Customer/Anti Money Laundering (KYC/AML) and margin requirements are just some of the many examples of regulations that impact the financial markets.

The words “regulation” and “technology” often go hand in hand within the financial industry these days, but what regtech ultimately represents is the development of a technology framework, and standards to manage the cost and complexity of compliance with a specific regulation. In other words, technology that organises workflow and data in a smarter way to facilitate change, solve complex regulatory challenges and mitigate development costs.

While not all regtech firms started with a clear regulatory mandate, some technology-driven firms have evolved to meet a much broader need. AcadiaSoft, for example, initially set out to automate the communication of OTC derivative margin calls and collateral movements when it launched MarginSphere in 2009, which standardised and automated the over-the-counter (OTC) margin call messaging process, ushering in a new era of collateral operations management.

The use of collateral in the OTC market mitigates counterparty risk. Large gaps in the process to exchange OTC collateral had been made apparent during the financial crisis of 2007-2008. Before the automation of collateral movements, margin calls were often missed, deleted or simply ignored, which was completely unacceptable and created operational and credit risk. The practice of communicating margin calls through e-mail and PDF needed to be replaced by something more secure and efficient, which is why the International Swaps and Derivatives Association (ISDA) Collateral Steering Committee recommended a series of standards and processes for the electronic communication of margin calls.

With the implementation phases of the margin rules for non-cleared OTC derivatives now well underway, we have seen a shift in focus as regulators have become more open to understanding how technology providers play a crucial role in the health and wellness of the OTC market. As technologies emerge to solve the challenges presented by regulations, there’s been more of a willingness by regulators across the globe to spur innovation and keep development costs at bay.

For example, the Hong Kong Monetary Authority (HKMA) created a fintech supervisory sandbox, a series of workstreams inviting fintech firms to exchange ideas, interface between market participants and develop fintech talent. This is a prime example of a regulator recognizing the value of the fintech sector and demonstrating a commitment to safeguarding the fintech ecosystem. Regulatory bodies across Asia, the US and the EU are now keeping a close and collaborative dialogue with the fintech community. This strong willingness between regulators and the fintech community to collaborate is unprecedented and is truly a win-win for business and governments alike.

As we look towards the future of regtech, there are no shortage of challenges that will need to be addressed through innovation. Today, regulators around the globe need to gather more data than ever before. For instance, compiling data to assess the buildup of systemic risk and to identify bad actors in financial markets has become a crucial part of the regulator’s role. But the amount of data that they receive and must evaluate is daunting. It requires significant resources and the ability to analyse high volumes of data to respond to market events in a timely manner.  AI and machine learning have emerged as tools that could greatly assist regulators to crunch this data faster and to get ahead of negative trends effecting markets in the future.

Other challenges, such as how firms will deal with the legal uncertainty around Brexit, how the OTC and retail mortgage market will deal with changes in Interbank Offered Rate (Ibor), and continuing adjustments within the margin rules for OTC derivatives, remain atop of the priority heap for the regtech community and regulators.

In general, regtech firms will need to evolve to be more industry-driven, while also becoming more proactive and able to produce results in real time. Successful regtech firms will be nimble, flexible, and able to quickly implement cutting-edge technology. Firms that leverage data analytics, AI, and distributed ledger technology will continue to have an advantage. While the regulatory landscape is still changing, data optimisation will no doubt be a central piece of the regtech evolution, and in many ways it already is.

By John Pucciarelli, director of strategic initiatives at AcadiaSoft
Previously, he was director of market infrastructure and technology for the International Swaps and Derivatives Association (ISDA)