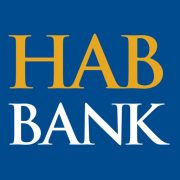 HAB Bank, founded in 1983, is a community bank with a “growing” commercial portfolio centred on the real estate market.

Based in New York, it’s an existing customer of Jack Henry’s Symitar core banking system. It wanted to implement a new platform to streamline its commercial lending process and picked the vendor due to the system’s “robust automated workflows and advanced digital capabilities.

“With the Commercial Lending Center Suite, we have incorporated sophisticated automation into the process from application through funding, which increases productivity and leads to better, more enjoyable experiences for lenders and borrowers.”

HAB Bank’s ultimate aim is to create a paperless environment across its business.

Jack Henry’s core banking solution attracted 57 new clients in 2019 according to the vendor’s own figures.