Switzerland’s financial regulator Finma has fined the CEO of an unnamed Swiss bank $752,000 to reap back the illegal profits he made form “serious” insider trading.

The executive took advantage of confidential market information about the bank’s clients to trade it through covert deposit accounts owned by his wife at other banks, “thus violat[ing] the bank’s internal directives,” says Finma. 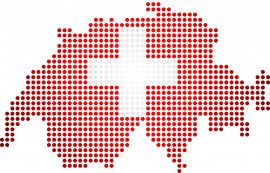 In November, the OECD told Finma to allocate more resources to its operations and commit to greater openness

The regulator says the violations continued over “many years”, with the exact time period not made clear.

It adds: “Besides conducting insider trading the person concerned systematically breached the bank’s internal directives as well as directives recognised by Finma as a minimum standard over a period of many years through other private trading activities.”

The unnamed CEO was given a four-year ban on taking any financial management role by Finma, and a six-year ban on his licence as a securities dealer.

Traditionally opaque in its approach, the past ten years recent have seen the Swiss regulator take a more open approach to certain insider trading cases. In the past ten years, Finma has named and shamed its worst offenders in a bid to deter others from following in their footsteps.

Swiss corporate turnaround manager Hans Ziegler was named as a subject of the regulator’s investigations in 2016, and in 2017 he was found guilty of 11 counts of insider dealings at six different banking firms. He was fined $1.4 million dollars.

This latest case of the unnamed CEO harks back to a similar case in 2012 – the former chairman of Switzerland’s central bank, Philipp Hildebrand. He was forced to resign during allegations of insider trading committed in his wife’s name. The executive denied the allegations and did not face a formal sanction.

Many other – perhaps deemed more mild by the regulator – wrong doers are still left unnamed. This prompted a report in November last year by the Organisation for Economic Co-operation and Development (OECD) instructing Finma to allocate more resources to its operations and commit to greater openness.

“The application of Switzerland’s regulations should be transparent to facilitate review,” the report said.