Cloud: Does it deserve a bad rap from the Treasury? 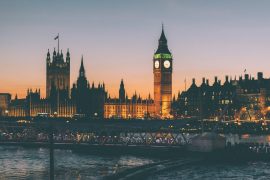 In October, the UK Treasury Committee published a report on IT Failures in the Financial Services Sector and in November, it launched an inquiry that will focus on “the common causes of operational incidents in the sector, the ways in which consumers lose out as a result of such incidents.”

With bank branches and cash machines disappearing, customers are increasingly expected to rely on online banking services. However, the current level and frequency of disruption to these digital services and resulting consumer harm has been deemed “unacceptable” according to the Committee.

This is fundamentally an issue of operational resilience, and the service outages cited by the Committee are ultimately IT problems.

The report made a number of recommendations which, once evaluated as part of the inquiry, are likely to become the basis for regulation. One of the recommendations took aim at the cloud and cloud providers as a point of failure.

This raises the question – when it comes to operational risk and catastrophic outages, is the cloud a problem or a solution?

Regulators highlight the cloud as a risk for IT failures

In the IT Failures in the Financial Services Sector report, the Treasury Committee singles out the cloud as a “source of systemic risk” and “there is, therefore, a considerable case for the regulation of these cloud service providers to ensure high standards of operational resilience.”

“The consequences of a major operational incident at a large cloud service provider, such as Microsoft, Google or Amazon, could be significant. There is, therefore, a considerable case for the regulation of these cloud service providers to ensure high standards of operational resilience.”
Treasury Select Committee, Report on IT Failures in the Financial Services Sector

As institutions continue to migrate from on-premise systems over to public clouds, the fear here is that any outage at a major cloud provider could impact multiple institutions at the same time.

Furthermore, any security vulnerabilities uncovered by hackers could be exploited across multiple systems.

For lawmakers the cloud platform represents a single point of failure they cannot ignore.

While systemic risk due to the cloud is certainly something that needs to be mitigated, regulators need to understand that – despite its faults – the financial services industry is better off with, rather than without the cloud.

Why we shouldn’t retreat from the cloud

While the cloud can create risks around operational resilience, it also solves many of the problems outlined by the Committee including:

Beyond operational resilience the use of the cloud by UK financial institutions is important to the progress of our industry for a host of other reasons that regulators must be careful not to ignore. 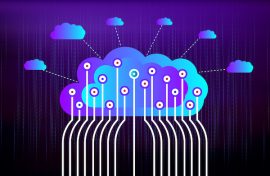 Cloud is essential to ensuring operational resilience, but it goes further than that

More than a silver lining

There is no doubt that the cloud is essential to ensuring operational resilience, but it goes further than that. The cloud is critical to banks delivering the right services at the right price to consumers as well as driving overall competition in the market. Key benefits include:

Be careful what you wish for

Based on the Treasury’s report, the cloud and cloud providers are likely to be seen as the problem. Yes, we need to be more aware of the operational risks associated with the cloud, and yes, some providers do need to be regulated – at least to the standards that banks’ infrastructure would be.

But in my view the benefits and opportunities the cloud presents far outweigh the risks.

By singling out the cloud’s problems without highlighting its benefits there is a danger that the inquiry will slow or even stall public cloud adoption which would be bad for the industry and the country.

With the right approach, cloud is not only the answer to operational resilience failings, but also the answer to how we ensure the UK financial sector serves the need of consumers and the wider economy. But this can only be done with the support of the Treasury.