The Central Bank of Egypt has completed the testing phase of a new electronic know-your-customer (KYC) and has launched a pilot of the new service to aid financial inclusion in the country. 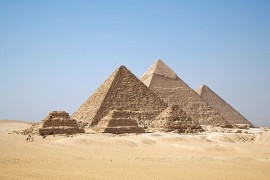 The project enables customers to open bank accounts electronically, without the need to visit bank branches or speak to an agent.

According to local publication Al-Mal News, the central bank is also looking into the possibilities of deploying the new pilot on a blockchain-based system.

Alongside an announcement about the pilot, the central bank indicated that it would be issuing new instructions for banks in the county when it comes to their internet banking services.

These new mandates will go live in March 2020 and will update a set of rules that the regulator issues in November 2014.

32 banks in Egypt offer internet banking, with 28 having obtained a licence to issue mobile-based banking services.

There’s been plenty of fintech news out of Egypt in the past couple of years. In 2019 Swiss banking technology vendor had both a go-live and systems selection in the country.