Barclays has acquired a minority stake in its partner Flux, the London-based digital receipt manager which also works with UK challenger banks Monzo and Starling.

After integrating Flux’s technology on its beta programme Launchpad, Barclays is soon set to expand its adoption of Flux to the whole of its mobile banking customer base in the UK. 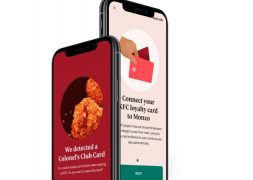 Recently signing deals with Just Eat, KFC, and Papa Johns, the fintech connects merchants with banks so users can download digital copies of their receipts. Users can also link up their loyalty cards for certain merchants with their bank accounts so as to avoid using a physical card to track their purchases.

Flux says the investment is part of a “strategic fundraise”, whilst Barclays says the capital injection is part of the bank’s plan to invest in “new business models for growth”.

The start-up, which was founded by three of Revolut’s early employees, raised a £6 million Series A round in December, but founder and CEO Matty Cusden-Ross tells City AM it is not actively fundraising for its next round. However, the fintech is having conversations with new investors both in the UK and the US, says Cusden-Ross.

Founded in 2016, Flux graduated from Barclays’ London-based fintech accelerator programme Rise a year later. “We have worked closely with Flux since 2017, and we’re excited to continue supporting them in their next stage of growth through this strategic partnership,” says Barclays’ global head of digital and platforms Ruchir Rodrigues.

Barclays will not be taking a seat on Flux’s board of directors according to the start-up, and the size of the stake held by the bank in the fintech was not revealed by either company.