Teller, the fintech which uses one application programme interface (API) to connect US banks with fintechs, has raised $4 million seed capital in a bid to challenge Plaid, according to TechCrunch.

Once ready to take on UK banks and describing the UK’s Open Banking body as “naive” and full of “idiots” to Wired, co-founder of Teller, Stevie Graham, now heads up a re-incorporated version of Teller focusing on the the US financial services market.

In 2017, after the announcement of the Second Payments Derivative (PSD2) which was set to give all third parties access to banking data held by the nine biggest banks in the UK, Graham and fellow co-founder Dan Palmer were certain that the banks would not deliver on the promise of an open banking revolution. 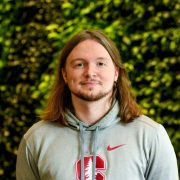 Now one million customers are using services through open banking, although this number is far from what the industry anticipated at this stage. Teller’s move to the US market to compete with Plaid, the API builder recently acquired by Visa, is now armed with a $4 million investment round from investors Lightspeed Venture Partners, Founders Fund and PayPal co-founder Max Levchin’s SciFi.

“The US is a better opportunity for Teller because the market is far larger with more mature, large-scale customers to serve as well as startups being created every day, [and] an incumbent with an unreliable, unpopular product and not much competition,” Graham tells TechCrunch.

“PSD2 was also a factor in our decision to withdraw from the UK. Primarily because it made practically every use-case of banking APIs a regulated activity, meaning that it’s no longer possible to quickly build and test a product without first spending thousands of pounds and three-to-six months getting [regulatory] approval. When we checked at the end of 2018, less than 100 entities had been granted approval. We cannot build the business we want with a total addressable market of 100 customers.”

Having launched its US beta last September, Teller’s co-founder makes it clear he isn’t worried about competition from Plaid. In fact, Graham says he “fear[s]” Plaid’s future product, largely because of its acquisition by Visa – a firm he describes as “a stodgy public company that has barely [tripled] its stock price in five years”.

Graham also thinks Plaid has risen up the ranks through monopolising the market. “Speaking to users we found a lot of frustrated Plaid customers that didn’t feel as if Plaid was sympathetic when things went wrong. For example their Capital One integration has been down for months. Maybe the Plaid folks genuinely can’t fix it, maybe they don’t have truly enough competition to care. Either way, our Capital One integration works great.”

Graham welcomes Plaid’s best people – who he anticipates will leave soon – to come and talk to him and his team at Teller.