UK-based peer-to-peer (P2P) lending firm Zopa has raised £140 million from IAG Capital, an injection which will underpin its attempts to break into the retail banking space.

The funding, reported by the Financial Times, brings the total amount raised by Zopa to more than $460 million. 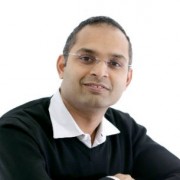 Zopa was granted a temporary banking licence at the end of 2018, and the new injection should enable it to fulfil the capital requirements for holding onto the licence.

“Acquiring our banking licence is the starting point for Zopa to become a major force in retail banking,” says Zopa CEO Jaidev Janardana at the time.

The P2P firm announced back then that it would be launching a fixed-term savings product, credit card and money management app in 2019.

According to Sky News sources, the fresh funding was negotiated with a major discount, and IAG Capital has been given a majority stake in Zopa as a result.

Uncertainty over Zopa’s future had led to investor jitters. Augmentum Capital announced in the same week that it would be delaying the release of its interim results over a lack of clarity in the valuation of its stake in Zopa.