Saga, the UK-based fintech trying to create a worldwide currency which complements national currencies and is advised by major banks and exchanges, has launched its SGA token.

Dubbing it “the first global, stabilised, digital currency controlled by its holders,” the 2017-founded start-up is taking a very different route to Facebook’s Libra project. 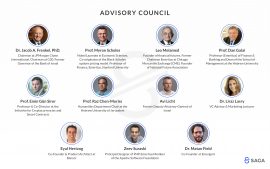 Saga says its digital currency “offers a store of value outside the remit of national government and banking structures,” but it’s also “working in collaboration with banks, financial institutions, and regulators” to create “a bridge which bring[s] digital currencies into the mainstream” without the risk and lack of trust often attributed to cryptocurrencies.

The fintech has tried to replicate central bank national currencies and apply them on a global scale, by using “a refined monetary model” which is governed by its holders – i.e. the members of the executive council which manage the project are voted on “to facilitate genuine representation of participants”.

“This puts the power in the hands of modern global citizens, rather than corporates or any single government,” says Saga in a company statement.

The currency is backed by a reserve of assets just like the International Monetary Fund’s Special Drawing Right (SDR) which is essentially a basket of currencies and acts as “a stabilising mechanism to reduce volatility”.

Currency holders have to complete an online Know Your Customer (KYC) process where their privacy is kept but ensures anti-money laundering (AML) regulations are met.

Saga’s founder Ido Sadeh Man says “currencies have not kept up with the pace of globalisation”.

“The decreasing economic importance of national boundaries, changes in society, and a need for monetary diversification have created a necessity for a complementary, global, non-governmental currency. We believe that the launch of SGA is a milestone in the evolution of non-governmental solutions for money and is a true combination of the best of what central banks, corporates, and blockchain have to offer.”