The Californian-based start-up TRM Labs making cryptocurrency compliant for banks has just raised $4.2 million in a funding round. 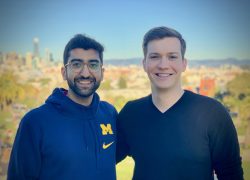 It’s notable that this is only PayPal’s second cryptocurrency investment, and shortly follows its decision to pull out of Facebook’s Libra project.

Built by ex-Google, McKinsey, Amazon and UBS engineers and consultants, one year-old TRM Labs aims to help banks across the US, Latin America, Asia and Europe tackle anti-money laundering (AML), terrorist financing (TF) and fraud when in the remits of using cryptocurrency.

“Many might consider this the unsexy plumbing of the financial system but it’s what allows [crypto adoption] to thrive,” TRM Labs co-founder and CEO Esteban Castaño tells Coindesk.

TRM: “The unsexy plumbing of the financial system”

“We’re helping financial institutions to think through crypto’s potential as well as to mitigate any of the associated risks.”

Solving a big issue held by banks – which is they can’t afford the risks presented by dealing in cryptocurrency at present – TRM Labs could be set to play a very important part in the evolution of the uses of digital assets.

The start-up says it will use the new capital to expand its engineering and data science teams, as well as its product into new markets.