Starling is set to add 25% or 35% interest rate charges on overdrafts depending on customers’ credit scores, having previously only charged a flat 15% rate. The previous week Monzo said it would be replacing its 50p per day fee on all borrowing over £20 with a set of interest rate charges ranging from 19% to 39%. Monzo’s £20 fee-free buffer will also disappear as part of the changes. 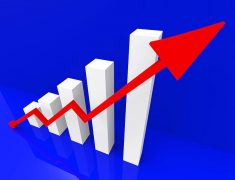 The moves follow a push by the Financial Conduct Authority (FCA) which ordered UK banks to stop marking overdrafts as “available” funds to customers to make it clear to consumers that overdrafts are a form of debt and not their own money.

“Unfortunately too many people fall into the trap of believing that’s their money rather than a debt,” FCA director Christopher Woolard said on Radio 4’s Today Programme.

Starling is currently the cheapest option, resisting the urge to go as high as 39%. “The new pricing structure is designed to reflect the true cost to us of offering overdrafts and to ensure that we can continue offering the best current account possible,” says Starling’s CEO Anne Boden.

Read next: Starling Bank partners with QuickBooks to sync up ledgers with transactions