The “fintech-as-a-service” raised $100 million in an October Series C round to expand its Rapyd Global Payment Network, which offers local and cross-border payments through multiple channels. 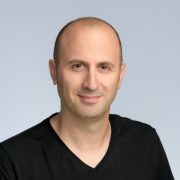 The total funding Rapyd has raised to-date is $180 million according to co-founder and CEO Arik Shtilman. This includes an initial Series A round, the $40 million Series B round led by General Catalyst and Stripe, and its $100 million Series C in October 2019.

Shtilman tells TechCrunch the reason for another investment so soon is because the company is gearing up to make some acquisitions and enhance its “Swiss Army Knife” of services.

“We’ve started to look at two acquisitions that were bigger than what we originally planned, with prices more in the range of $100 million,” says Shtilman.

One of the acquisitions is likely to close in February-March, and Shtilman hints one is a card issuing platform and the other a payments player in Asia Pacific.

The CEO says the fintech has signed 20 “large-scale companies” in the last three months, many of which are based out of or serving customers in Latin America and Asia Pacific.

“[The investment] is [also] further validation that [Rapyd’s] market approach has all the elements of success needed to scale a global technology company”.