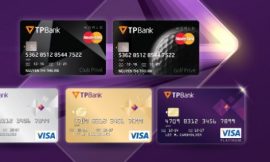 Money transfers to Japan will now take minutes rather than hours, as SBI Ripple Asia – an SBI Holdings subsidiary partially created by Japan’s Soft Bank which is establishing Ripple’s presence in Asia – claims its first bank client in Vietnam.

This follows soon after TP Bank’s successful application for national money transfers, another first for a bank in Vietnam.

After revealing earlier this year that TPBank was working with SBI on a blockchain partnership, the bank has now officially confirmed its use of RippleNet to speed up remittance transactions from abroad “while ensuring safety and transparency” as well as cash flows being legally transferred via foreign banks to Vietnam.

The bank also hopes the partnership will alleviate some of the worries over complying with regulators on foreign exchange management and prevent money laundering.

After using the blockchain technology to send faster payments to Japan, it is believed customers in Korea will be the next to receive payments from Vietnam via the TPBank’s blockchain solution with RippleNet.