Chinese conglomerate Tencent is planning to launch a blockchain-based digital bank after being granted a licence by the Hong Kong Securities and Futures Commission (SFC). 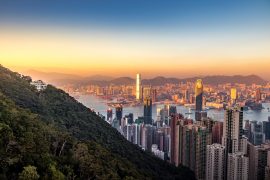 Tencent blockchain general manager Yige Cai told an audience at the World Blockchain Summit in China last week that the company’s new bank had been given the go ahead by regulators.

According to local publication Sina Finance, Cai says that the firm would be moving forward by creating a team to build out its blockchain-based platform.

Chinese site Coinvoice reported in August 2019 that Cai is responsible for the consortium blockchain group at Tencent, one of three major groups in the company. The other two concern blockchain infrastructure and blockchain-based cloud services.

The SFC has given a dozen virtual banking initiatives the green light so far, and this new licence will be Tencent’s second from the regulator.

Fusion Bank, a joint venture between Tencent, Industrial and Commercial Bank of China (ICBC), Hong Kong Exchanges and Clearing (HKEX) and Hillhouse Capital, was granted its licence in May 2019.

“Fusion Bank will provide the general public with intelligent, smart, secure and reliable financial services, through its unwavering energy, unlimited creativity and cutting-edge financial technology,” according to Jim Lai, VP of Tencent and Fusion Bank’s chairman.

The bank will offer full-service banking, with a particular focus on low-value deposits/savings for those outside the conventional banking system – both consumers and SMEs. It will not require a minimum account balance or charge low-balance fees.