Holding a 30% share of the company, the bank will give the rest of ownership to Cognitive. Financial details have not been revealed but are set to be agreed by the end of December 2019. 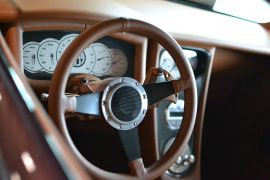 The two companies say their joint-venture will work on “digital economy projects in transport, agriculture, computer vision and artificial intelligence”.

Yandex is already testing its driverless cars in Moscow and Israel. Next summer, the firm says it will begin testing in the US after securing an American licence.

This is not the first non-banking venture the Russian bank is embarking on this month. This November Sberbank also signed a contract with Russian internet company Mail.Ru to create a food delivery service, which involved the bank agreeing to buy an equity stake in the internet firm.

Read next: Sberbank CTO: Banks are ‘no less’ fintech than tech upstarts