Sberbank CTO: Banks are ‘no less’ fintech than tech upstarts

“We [the banks] are fintechs,” says Sberbank’s chief technology officer (CTO) David Rafalovsky, and that major lenders are “no less” fintech than the technology upstarts. 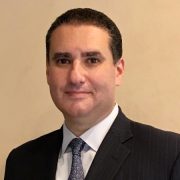 On a panel at CNBC’s East Tech West event in Guangzhou, China, Rafalovsky expressed his frustration at the divide between fintechs and banks.

The CTO is certain many banks are actually “well-positioned to build brand new products”, and that in order to “survive” in the long run they would need to operate more like a Google or a Facebook.

“Their products would have to evolve,” he says, according to reports. “They would have to move and operate as technology companies do.”

As for Standard Chartered CIO Michael Gorriz, it’s paramount the global bank’s IT team works “like a fintech”.

“For every bank — and there’s no exception — we have to master technology just in order to increase the customer convenience,” says Gorriz.

“We have to be quick,” he says, adding that the ideation process “must be as short as possible — we are talking weeks, not years.”

Athough Standard Chartered has partnered with fintechs, Gorriz says the lender will set up its own fintech companies “if this is not enough”.