Paytm raises $1bn in fresh round of funding 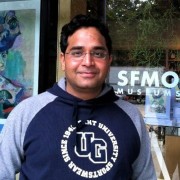 Vijay Shekhar Sharma, Paytm founder and chief executive, has said that the firm will use the fresh funds to tempt merchants to shift back to the Paytm platform. The company has lost ground to Google, Walmart, and Facebook in recent times.

Paytm has 15 million merchant customers, and the company will be looking to expand its offerings to those users to include lending and insurance.

Paytm has grown to be one India’s most recognisable payments names. This exponential growth was hugely helped by India’s government deciding to stop the circulation of paper money to tackle corruption in 2016. Within months, the company had hundreds of thousands of signups.

But, despite Credit Suisse projecting India’s digital payments market to reach $1 trillion by 2023, cash still accounts for 70% of all Indian transactions by value.