India’s Reserve Bank has opened its doors to the first round of fintechs to experience its August-launched regulatory sandbox.

The objective of the framework is “to foster responsible innovation in financial services, promote efficiency and bring benefit to consumers” according to the bank, which has chosen retail payments as its first theme. 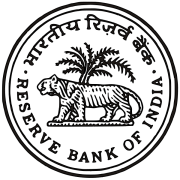 In a bid to “spur innovation in [the] digital payments space” initially, Reserve Bank hopes the retail focus will help those “unserved and underserved” across India have a better financial quality of life and experience frictionless payments.

The move to digital payments by the bank is also being driven by the expenses inherent in a cash economy like India’s.

The banks has listed the types of fintechs it will consider under the regulatory sandbox, the first being mobile-first payment providers.

“There is a need to innovate payment services for feature phones to provide the necessary thrust towards enhanced adoption of digital payments by various strata of society,” says the bank in a statement.

“Though mobile internet speed has risen, connectivity issues remain unresolved in large areas,” says the bank, who feels an option for off-line payments “is required”.

The final type of fintech the bank is looking for is contactless payment providers.

“Tokenisation technologies often form the basis of facilitating seamless ecommerce experiences fueled by mobile and other connected devices,” says the bank, which acknowledges that the rapid growth in mobile phones “provides a significant opportunity for payments through any form factor and anywhere”.

The application form is open via Reserve Bank’s website, but states that the live testing of new products or services in a controlled environment may require a bank, a Non Banking Financial Company (NBFC) or any other partner.