Open Banking Expo 2019: Innovation by regulation is a “flawed idea”

Banks and their partners must be trusted to work towards innovation in a marketplace that’s ready for it, rather than be forced into it by deadlines and policymakers, according to a panel at the Open Banking Expo in London. 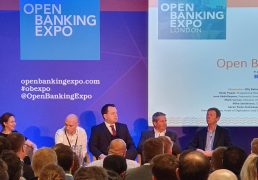 For Hetal Popat, programme director and head of Open Banking and the second Payment Services Directive (PSD2) at HSBC, trying to create a customer propositions via regulation is a “flawed idea”.

The shiny part of PSD2, he adds, is allowing customer access to new services. Behind that, though, is a huge amount of technical capacity required to perform background authentication and security procedures. “That could have been used for consumer-based products,” says Popat. “Not that security isn’t important, because it is, but these are mostly hygiene factors.”

Popat argues that the industry needs to move away from a situation where regulators tell people what to do and towards an end-to-end ecosystem.

Mark Curran, director of technology transformation at TSB Bank, adds that fintech by its nature is “full of entrepreneurs who want to move at 100mph”, while banking is “regulated up to its eyeballs, moving at around 4mph”.

“That’s not an excuse but when you open up the environment the safety aspect takes over the entrepreneurial one,” he adds.

Steven Pairman, head of digitisation and client access for Europe and North America at Standard Chartered, says that the bank has spent a lot of time and money building a compliance system that “nobody is using”. Yet it is a good piece of groundwork, he adds, and what the bank and its partner do with it going forward is a much bigger question.

For Lana Tahirly Abdullayeva, payment innovation and policy director at Lloyds Banking Group, innovation by enforcement has led to a lot of money spent and a lot of lessons being learned. “We’re moving towards a time of focus on customer experience and security, and a focus on ecosystems.

“I have lived in a country where revolution turned to violence, and I’m more in favour of fast-paced evolution, rather than revolution,” she adds. “We have a great opportunity as an industry to lead the way forward.”

During a question and answer session, the panel was silent for an ominous few seconds when asked if they had produced a product that they had successfully monetised.

Popat says that there is nothing in the market he sees that is actually commercially viable. “It’s a slow burn” whether banks can monetise things. “The point is not that banks should be innovators, the fintechs should be innovators and building on top of us. It’s not for us to host them as middleware.”

Curran says that the silence shouldn’t be thought of as a worrying one. “We’re two months in and if you ask friends and family [what Open Banking is] they still don’t know what it is. As consumers get better knowledge and trust in the system when it comes to their data, things will emerge. We are going to have to ride through the noise to the point where people see that their data can be used in a beneficial way.”

“Still,” he admits, “I don’t see anyone getting rich on it at the moment.”