Bitcoin brought about a slew of technological disruptions since its arrival in 2009. It inspired the hundreds of cryptocurrencies we hear about today, and the financial sector is undergoing a serious upheaval.

But it’s not just the cryptos themselves that are driving this revolution. Rather, it’s blockchain, the underlying technology behind Bitcoin, that seems to be garnering much more attention. This tech takes record keeping to a radical new level that can improve industries left and right. 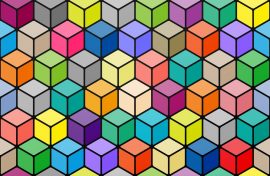 Who’s adopting this tech and what’s in store for it down the line?

And one of the industries that could especially benefit from blockchain is the financial world. This industry faces a range of problems that this technological innovation could mend to a great degree.

So, what are these problems plaguing banking and the financial sector? And how could blockchain help to solve said issues? Furthermore, who is adopting this technology and what’s in store down the line for it?

For those not in the know, blockchain is a digital ledger that distributes all data across its members. It makes all of its information transparent and immutable, and it makes use of encryption technology to authenticate everyone’s identity, as well as deter hackers.

Blockchain could be particularly effective in solving the most prominent issues faced by the banking and financial services. We’ll list these issues, as well as the ways blockchain can help, below:

Blockchain is quickly gaining more enthusiasts. As many as 84% of executives from fifteen territories stated that they already implemented the ledger in some capacity.  The United States, in particular, is seeing impressive amounts of adoption, with very big names displaying interest.

Three particular examples stand out among the rest, which we will examine below:

The future for blockchain in banking

Looking at current trends, we can only predict even further adoption and development to iron out any bumps in implementation. A whopping 77% of fintech businesses plan to use blockchain by 2020, showing that a lot of people feel good about what it can do.

Furthermore, with the aforementioned projects (Quorum and Circle) coming from such major institutions, people will likely gain both more awareness of and faith in blockchain as a viable method of platforming their financial activities.

As it currently stands, this tech does require some work in order to integrate effectively. Scalability, interoperability, and energy consumption are just some examples of the roadblocks fintech institutions must overcome to see effective results from blockchain.

Blockchain has gone incredibly far in a startlingly short amount of time. In that time, it has reached remarkable milestones and, as it seems, the only way for it now is forward.