The Federal Trade Commission (FTC) has kicked off a preliminary inquiry into the Visa and Mastercard over both companies’ alleged role in prohibiting merchants from using alternative debit networks in the US. 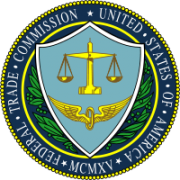 The FTC previously investigated Visa in 2016

According to Bloomberg Law, citing sources close to the matter, the FTC is looking into whether the two major card schemes are blocking retailers from routing their card transactions via interbank networks like Pulse, the New York Currency Exchange (NYCE) and Star.

As part of the investigation, the FTC has been in contact with major merchants and trade groups.

The inquiry isn’t the first time the FTC has looked into debit routing. Following a probe from the watchdog, Visa revised a routing rule in 2016 which had required retailers to ask cardholders to choose a routing network.

In April this year both Visa and Mastercard agreed to cut foreign card fees in the European Union to prevent the progression of an antitrust investigation by the European Commission.