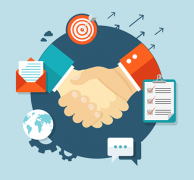 In the role, Orgel will oversee the company’s global payment network, business operations, finance, legal, compliance, and corporate strategy and development. He will report to CEO Mike Massaro who will now focus his efforts on the company’s long-term growth plans, strategic partnerships, and go-to-market expansion.

“It’s an incredibly exciting time to be joining a company on the fast track like Flywire where every day and every decision matters,” says Orgel. “Mike and the rest of the team have created tremendous success and momentum and I’m looking forward to doing my part to help the company accelerate its growth and expand its impact in the payments ecosystem.”

“Rob brings all of that and more with a customer-first mindset from Apple that fits perfectly with our culture here. I’ve had the opportunity to work with him before and know that he’ll add tremendous value to the business and the organisation as we write our next chapter,” says Mike Massaro, CEO of Flywire.

Before joining Flywire, he spent close to 10 years at Apple where he was part of the leadership team that developed, launched and grew the Apple Pay business. Most recently, Orgel was involved in the launch of the new Apple Card.

He joined Apple in 2010 with its acquisition of Quattro Wireless, an early innovator in the mobile advertising space. Before that, Orgel played key leadership roles at m-Qube, a first-of-its kind carrier billing and payment platform that was acquired by Verisign, and edocs, a leading e-billing and payment solution acquired by Oracle/Siebel.